The Amazon rainforest  is located to the south of Guyana.  The rainforest in Guyana is the Iwokrama (click link to read more).  Below you can read more about the Amaxon forest.

One of the most prodigious places on earth for plants and animal diversity is the Amazon Rainforest. There are few places on earth with such a species rich collection of birds, fish, animals, reptiles and amphibians. It is also equally abundant in human disease, treacherous plants and dangerous animals. 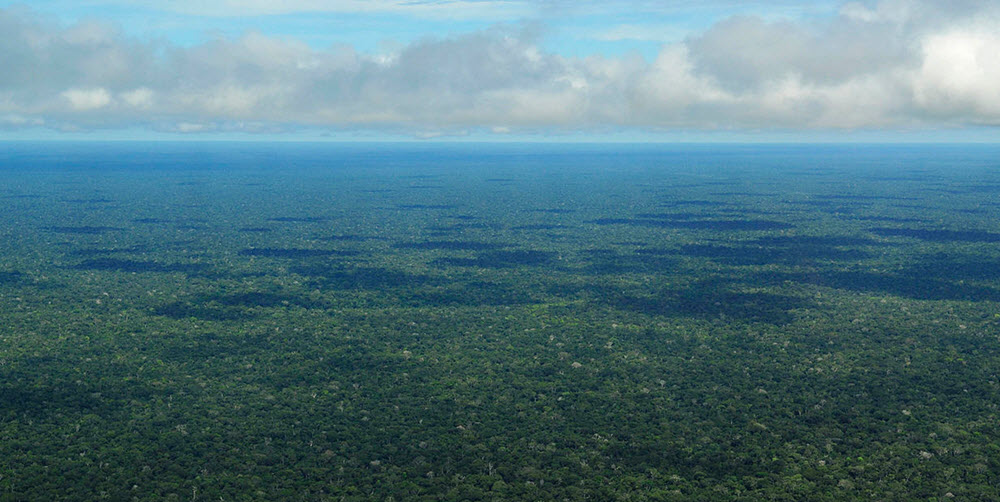 Better known as the Amazon Jungle, the Amazon Rainforest is an area spanning most of the Amazon River basin in South America. This area is a massive 2,100,000 square miles. Of the rainforests that remain on earth, the Amazon contributes to over half of the area. It is an area that is mostly in Brazil with small portions in Peru, Columbia and surrounding six nations. 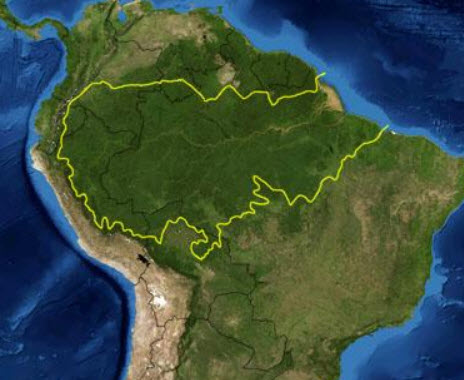 The Amazon Rainforest garnered its name from the women of Amazonas in the Greek myth. According to the story told by conquistador Francisco de Orellana, the women of the Tapuyas tribe overcame and attacked his men in war. He remarked that the women reminded him of the Amazonas and so the name stuck. It is appropriate, given the correlation between the fierceness of the women, the river and its rainforest.

Although the rainforest is believed to have been formed during the Eocene era, its size has continued to fluctuate. There is much debate as to the changes that the rainforest has undergone over the years. It is difficult for scientists to determine due to the lack of unbiased evidence gathered from the center of the Amazon basin.

Human activity is said to have begun thousands of years ago in dense populations. Throughout history, people have lived along the Amazon River basin and forest with little to no interference. It was not until the European settlers brought disease and sickness to the area that there was a decline.

The Amazon Rainforest is so biodiverse that it possesses 16,000 species of trees alone. One of the most important reasons that vegetation survives and thrives here is because of the Sahara Desert dust. It’s sediment blows across the Atlantic Ocean, carrying much needed phosphorus that helps the plants to grow. It is believed that up to 50 million tons of dust per year make it over from the Sahara on to the Amazon Rainforest floor.

The Amazon rainforest is home to many popular pets such as many parrots and macaws.  The area is also home to a very large number of all aquarium fish species that are sold in the US.  This includes many dwarf cichlids such as apistogramma, German blue rams and Bolivian rams but also species such as suckermouth catfish, corydoras catfish and freshwater angelfish.

Exotic animal life abounds in the Amazon Rainforest. In fact it is considered to be the largest grouping of plants and animals in the entire world. Such rare, beautiful and dangerous animals like the electric eel, anaconda, cougar, black caiman and jaguar exist here. This is alongside the Scarlet macaw, poisonous dart frogs and vampire bats. There is also an abundance in Malaria and Dengue fever which can be deadly to humans.

Deforestation is one of the major concerns in regards to the ecology of the rainforest. It stands to lose many flora and fauna species from the region forever if this is not controlled. There are few places like the Amazon Rainforest left on earth which offer such a biome where the diversity and number of species is so prolific.