Georgetown is steeped in history and located near some of the most beautiful places on earth in Guyana. It is where the bulk of Guyana’s population resides, making it a cultural melting pot. It is the capital city of the country and houses most of the government buildings and municipalities.

Georgetown is located on the edge of the northern tip of South America. It sits at the mouth of the Demerara River and on the coast of the Atlantic Ocean. In fact,it is separated from the ocean only by a seawall.

Georgetown occupies a land mass of roughly 7,400 square miles. It is surrounded by sugar cane fields and sits in the midst of the rain forest climate. Rainfall is heavy in this area of the world year-round and earns its rain forest name in the summer months due to the high humidity.

There are several administrative sections of Georgetown. Throughout history at different times, Georgetown has been under the control and supervision of the French, Dutch and English. The city structure reveals this multicultural European influence by the names and districts strewn about town.

Georgetown’s history goes all the way back to the 1700s. It was the Dutch who originally colonized the area, making it the Demerara-Essequibo colony. In 1781, Lieutenant-Colonel Robert Kingston took control of the colony and moved it to be located among the plantations. One year later, the French deemed it the capital city and named it Longchamps. 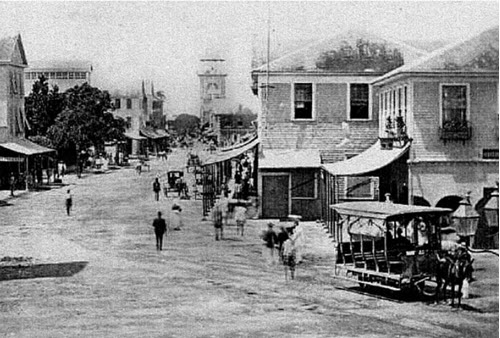 After the Dutch took control again, it was renamed Stabroek in honor of Nicolaas Geelvinck, Lord of Stabroek. He just so happened to be president of the West India Company. It was then, the town began to flourish and expand its regions.

Ultimately the town was renamed Georgetown in 1812 in honor of King George III, making an allowance for the named districts within Georgetown to remain as such. In 1842, the town was ultimately made an official city thanks to the reign of Queen Victoria.

A few years later in 1843, The Great Fire occurred and is a pivotal point in Georgetown’s history. It caused significant, pervasive damage to the entire city.

Throughout the bulk of the time that Georgetown has been an official city, it has transitioned from a conglomeration of owned plantations to the city proper. Cummingsburg, a district within Georgetown was named after Thomas Cuming, one of the Plantation La Bourgade’s owners.

Kingston, named after King George of England was initially the Plantation Eve Leary, named by Cornelius Leary. Joseph Bourda was a former owner of Plantation Vlissengen and is the namesake of the Bourda Cemetery and Bourda Street. Due to Guyana’s significant involvement in the slave trade, the plantation’s were worked successfully and to this day hold a significant place in the town of Georgetown’s history.

More recently, Providence Stadium replaced Bourda as Guyana’s National Stadium. It was the venue for several cricket games of the World Cup in 2007.

Georgetown serves as the country’s administrative hub. It is home to just over two-hundred thousand people and it is the retail and financial center of the country. Parliament and all executive departments are housed in the Parliament Building, which is Guyana’s legislative center.

Also located in town is the Court of Appeals and the Head of State House. The ministries of health, education, home affairs, and finance are all located in Georgetown.

Because of all the city and Caribbean Community projects underway in Georgetown, the country of Guyana can credit the area for a relatively large amount of its GDP. Georgetown is home to a number of highways, inter-Caribbean travel, international travel, and regional development projects. 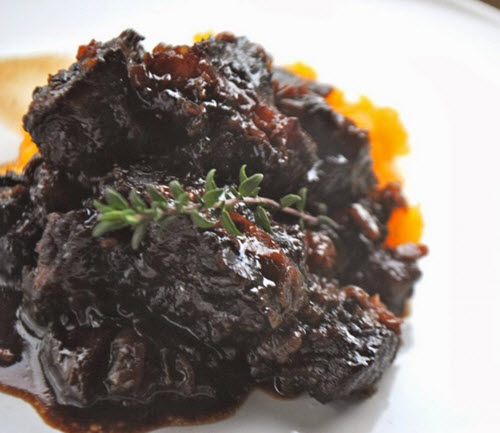 The food seen in Georgetown is quite diverse. There are restaurants for Asian, Western, Indian, Caribbean and several other types of food. Along with this variety are some authentic restaurants that serve the typical dishes honoring the Guyana way of life and culture.

One of the signature dishes to be shared, usually on Christmas and holidays, is Pepper Pot. It is made with Guyana peppers, cassareep sauce, stewed meat, and cinnamon. Cassareep sauce is made from the cassava root. It is known as a deadly root and to be poisonous. It has been responsible for many deaths but when made into the sauce it is digestible.

Rice and beans is another Caribbean dish that is popular in Georgetown. Sometimes it is served with chicken or fried fish. Because of the strong Indian influence in Guyana, there are many curried dishes that are popular in some of the local restaurants of Georgetown.

Restaurant “Habsburg” is a popular restaurant that offers Austrian cousin. The restaurant is operated by a couple from Vienna.  The food is centered around Austrian meat and sausage dishes.  It is good hearty food. It is a good option if you want something different from the local cuisine.

As an honorary site for the 1972 Foreign Minister’s Conference, the Umana Yana was built. It is a conical thatched building built in the tradition of the Wai-Wai Amerindians. This can be found in the northern part of Georgetown along with the Georgetown Lighthouse.

There are numerous colonial structures like houses, businesses, and marketplaces. They tend to be some of the most interesting attractions to visit because they reveal the history as to why the town was laid out as it was.

St. George’s Anglican Cathedral is one of those sites, along with the National Library built by Andrew Carnegie. Because the city resides three feet below the tide level, there is also a grid of drainage sluices built by the Dutch and British.

One of the sites to see in Georgetown that is always full of interesting activity is the Stabroek Market, just east of the Port of Georgetown. It is home to the Ministry of Labour and the Ministry of Human Services. It was established in 1792 and is home to a cast-iron clock tower worthy of a visit.

Georgetown is an old city with charm and historical significance in regards to world history. Although located at the tip of Latin America, it is the heart of Guyana. It serves Guyana’s citizens, as well as its visitors by offering a colonial style way of life with all of the necessary modern amenities.