Some of the most culturally and historically important places in the world have been inscribed on to UNESCO’s World Heritage Sites list. UNESCO, the United Nations Educational, Scientific and Cultural Organization, is an ever evolving group of representatives of nations and states committed to the preservation of culturally, naturally and historically significant places.

The specific heritage and significance of each site that qualifies for the World Heritage Sites list is introduced to UNESCO by each State Party. It is each States Party’s responsibility to prepare a list of the properties which they would like to have considered. They are responsible for ensuring that their nominations meet the specific requirements of the Tentative List.

Currently, Guyana has several sites on UNESCO’s World Heritage Sites Tentative List. They were nominated in different years but have yet to be inducted. Should they become World Heritage Sites in the future, they will have been able to convince UNESCO of their OUV (Outstanding Universal Value), which is no small task. If such Tentative Lists are not approved, States Parties are able and encouraged to re-apply in the following ten years, at the very least.

The cathedral was submitted to the Convention in 1995. It is located in Georgetown, Guyana and was constructed in the late 1800’s. Touted as the largest wooden church building in the world, the cathedral is complete with pointed arches, flying buttresses, and all of the details necessary to qualify for Gothic architecture. 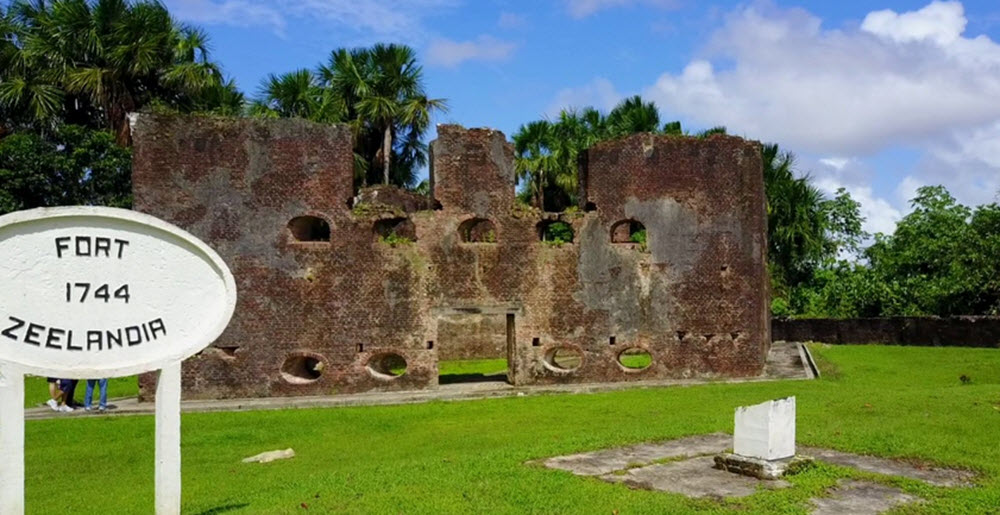 Fort Zeelandia and the Court of Policy Building were both submitted in 1995 to the Tentative List. They were both constructed in 1743, but do not stand on the same piece of land. The fort is on the water, with some of it disappearing into the ocean. The Policy Building was also where church was held and slaves were auctioned.

Also located in Georgetown, Guyana, City Hall was constructed in the late 1800s. It is a Gothic marvel, respected in the Caribbean for its beautiful architecture. It’s significance to the Convention has been described as cultural.

Also known as Almond Beach, Shell Beach is located on the Essequibo Coast, Guyana. Submitted to the Tentative List in 1995 for its natural significance, it protects the nesting place of marine turtles. Along the 90 mile stretch of shell covered land, the Olive Ridley, Leatherback, Hawksbill and Green Turtles come to make their nests.

Submitted in 2005, the buildings are seen as culturally significant and listed on the Dutch maps used in the 18th century. They are comprised of the military grounds of Kingston and Fort William Frederick, Cummings Canal, the Croal Street Canal and the Cummingsburg and Laeytown plantations. This specific area was seen as the Dutch Stabroek, which were their public buildings.

The World Heritage Convention seeks to protect and preserve the priceless and culturally significant places that, when destroyed or removed, will stand to leave humanity at a loss. Guyana has multiple irreplaceable assets from which the world has benefited and will hopefully continue to protect in the future.